The screens of navigation devices, both in cars and on mobile phones, help scores of people move through the city. These devices by Navman combine touch-screen technology with digital photography. This environment functions as an interactive remediation of the traditionally flat, limited and fixed map. This simulation-map, as I call it, is represented on the screen of the navigation device, structuring, or constructing, real, physical and geographical mobility.

What is doubled here is mobility before and after the interaction with the screen: the arrow on the map represents the simultaneous movement of the navigator. It enables the user to map future movements, as it shows the options of where the user-navigator may go. But the navigator suggests and determines the destination.

Content is constantly updated as the navigator changes his path, producing the fluid screenspace. Moreover, photographs, like footprints, of previous sights along the road become travel destinations of the future — inroads into the hitherto unknown corners of the city. What is stored and used as source for retrieval are not the sights that are displayed in the photographs, but the sites from where these vistas were recorded.

In the phantom rides it is by looking at movement that the spectator or user moves along. The JVC commercial proposes the possibility to make your own phantom ride.

The Nintendo commercial suggests the power of the touch that makes the doubling of the screen redundant. The navigation-by-pictures depends on physical mobility of the media user for its on-screen representation of this mobility, while simultaneously routing future movement. This conception of screenspace leads to a new way of experiencing urban space. The train ride is dependent on the stillness of the body, and the transferred mobility of the eyes of the spectator.


The screens, here, offer only a suggestion of mobility. The means of transport invoked and used, the train, still rides on pre-established tracks.

In the second case of the hand-held camera, the mobility is a prerequisite: you have to move to capture movement. In both the phantom ride and the JVC commercial the screen fixates the relationship between on-screen and off-screen space. The screen has become mobile, but according to the commercial for the JVC hand-held camera, media navigation only promises an ideal of simultaneous agency, and movement of screen and image: here viewing happens during and in the space of shooting.

The touch-screen according to Nintendo, on the other hand, allows for direct image manipulation. Here, the moment of shooting is eliminated.

At first sight, the user makes the image, directly, with his finger, but seen from the opposite perspective, he can no longer make anything: he can only conjure up what is there, on the other side of the screen. The screen does not show the result of navigation, but is the navigation. With mobile screens, the ideal of ubiquity seems close at hand. You can look everywhere, and connect anywhere. Navigation suggests that this ubiquity comes with a total, or at least a fundamental agency. But as soon as the navigation occurs not at sea or in cars but on screen, this agency is yet again subjected to those limitations inherent in the screen as tool for mediation.

Simultaneity, ubiquity, and control have been added to the mix, but the screen remains the surface through which we cannot go. The regimes of viewing may be changing but the question is: is viewing still what is at stake? Perhaps the touch-screen metaphor in its self-reflexive guise helps us realize that development and chronology, technological or otherwise, also bites itself in the tail. Looking ceased to be looking-only. Perhaps with this agency spectators lost their touch, so to speak, of looking.

This brings us back to the time-space dichotomy implied in the opposition between narrative and visual attraction. Above I insisted that time necessarily includes movement through space; indeed, that movement itself evidences the untenability of the distinction, since time becomes space. 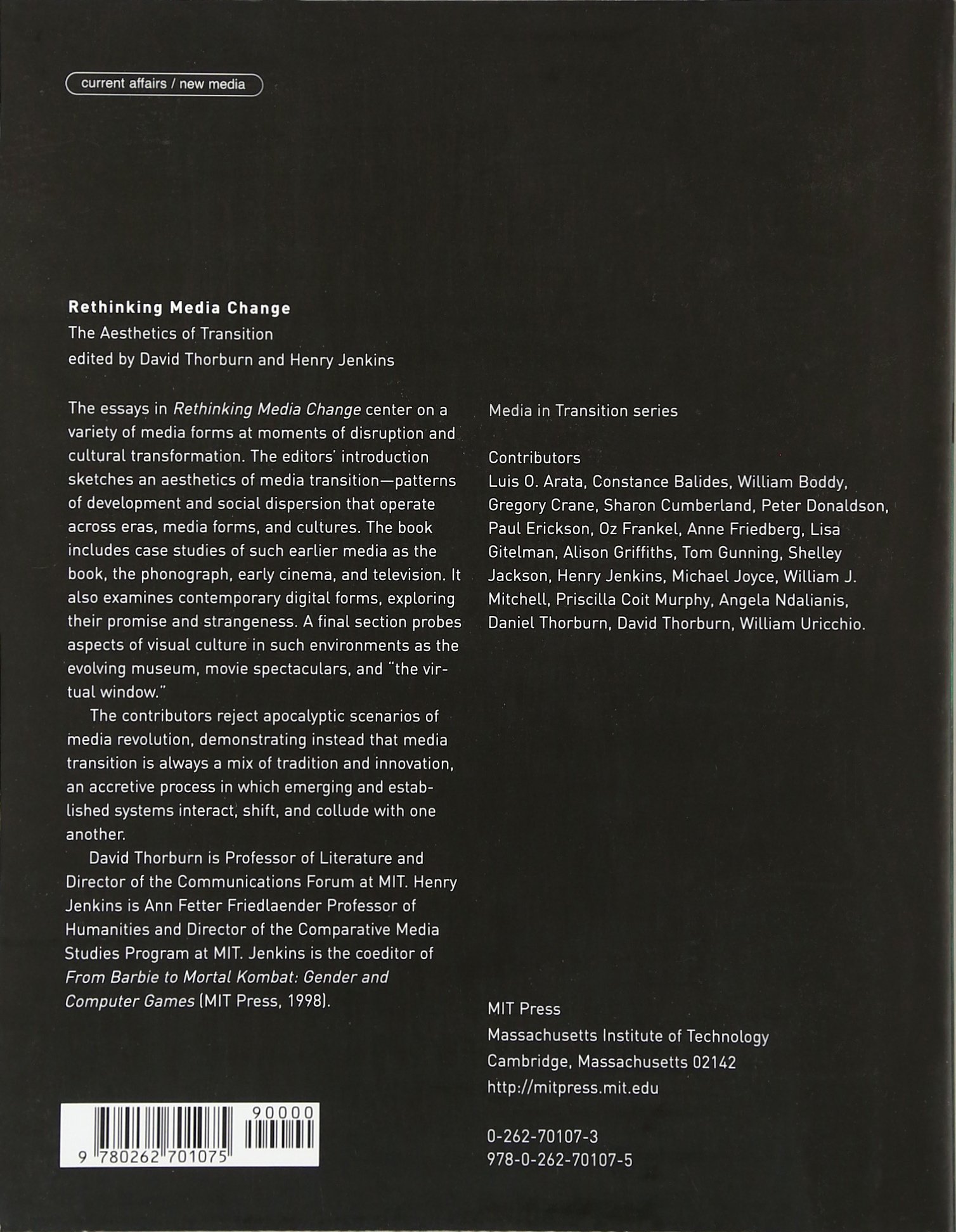 The other side of this argument comes to the fore on the basis of the examples discussed. In this doubling of virtual movement we can see how space, in fact, becomes time; stories are spatial in the sense of set or embedded in, evoked by, space, but more than that, they construct visible space; here the two are collapsed. Given its near-dogmatic status in discussions of media, I now zoom in this opposition. Space: it has always been opposed to time, as the support of visuality versus time as the backbone of narrative.

The moving image already defeats that opposition, and that may well be its primary attraction. Symmetrically, as Henry Jenkins has argued, even the most stable of spatial arrangements, such as architecture, have a temporal dimension as well, so much so that Jenkins speaks of narrative architecture.

A Video About Transitioning. [CC]

We could summarize this as follows: moving through space is a narrative appropriation of place, which involves an inherent struggle for control. The interactive possibilities of some digital media are crucial for the narrative potential of mediated spaces. Navigation of the player of digital games, for example, enables, not just an active reading of space, but rather more fundamentally, a construction of place into space.

In line of this somewhat optimistic view we can state that navigation is a active and narrative practice, even if this type of narrativity is different from the classical model of characters or actors that experience events while the spectator passively witnesses these.


The narrative of navigation is creating a narrative of space by reading place as space. Instead of being an external focalizer who espouses or not, the diegetic focalization of the characters, the navigator is a narrator, focalizer and actor in one. Moreover, when the player is the navigator, or more precisely — and this distinction is important!

This can perhaps be reversed. In light of the centrality I am claiming for navigation for the construction of screenspace, it is possible to argue that, more than just having a sense of narrativity about it, navigation is at the core of narrative in general. This is the case if, as I contend, we need the navigator to explore places and turn them into spaces.

It makes all the sense in the world, then, that the navigator fulfills the triple narrative role of narrator, focalizer, and actor. This is why it is necessary to come to an understanding of narrative that is different from the traditional sense that opposes it to spectacle. The nature of the tour, ride, or navigation involves events in some kind of coherent sequence, and thus is narrative, even if it also functions on the basis of attraction.

Navigation, thus, binds narrative and spectacle inextricably and crucially in screenspace. When we look back from these two poles where intense visuality meets narrative — cinema of attraction phantom rides and digital screens navigation — it is possible to argue that even still images such as photographs and paintings have a temporal, hence, a potentially narrative dimension.

They are narrative to the extent that they require a certain amount of time to be processed. Less dictatorial in time-management than film, a photograph requires that someone stops, looks, thinks and responds, moves on — a series of small events liable to become a micro-narrative. Similarly, urban spaces of architecture — houses, public buildings, department stores — once they are visible and visually displayed and processed, entices the engagement of the people entering it, moving in it, and exiting, into the small stories of everyday life.

These spaces attract because— not in spite of the fact that — they can be entered and navigated in a narrative. I have noticed that movement is thematically in the forefront when it comes to flaunting the visuality of screen media. This thematic centrality can be taken as a pointer to the self-reflexivity that has methodological and philosophical consequences.

As we have seen, in early cinema the phantom ride and its relatives that exploited mobility make virtual mobility envisionable; hence, possible. Digital mobility, in turn, multiplies modes of mobility even further.

Multiple tropes of mobility, then, are at work in both media in transition: the cinematic form itself, but also a mobilization of the inter active navigator in cyberspace. Mobility is a topic and trope in media, so that self-reflexivity becomes prominent. Self-reflexively, new media spaces come to stand for new mobilities. Indeed, in the current inquiry of moments of media transition, concepts such as attractions, ludology, navigation, and narrative architecture or spatial narrativity have infused our theoretical vocabulary.

These terms have in common that they are deployed to conceptualize the changing relationship between the user, spectator, or engager, and screen media as essentially different from classical notions of reading strategies, textuality, and distinctions and hierarchies between spectator, performer, and character that inform classical modes of identification in narrative even in the broadest sense.

Screens of navigation show us that in our present visual culture viewing and making collapse. Moreover, the spatial boundaries between screen and physical space become blurred. In screenspace, we are simultaneously narrator, focalizer, spectator, player, and, perhaps most fundamentally: navigator. Bal, Mieke. Toronto: The University of Toronto Press. 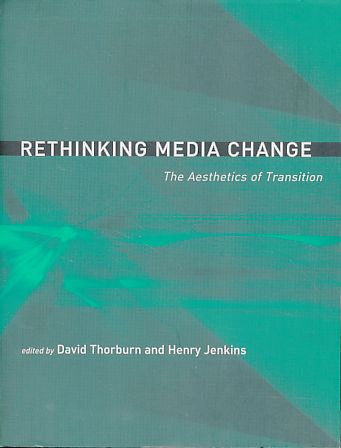 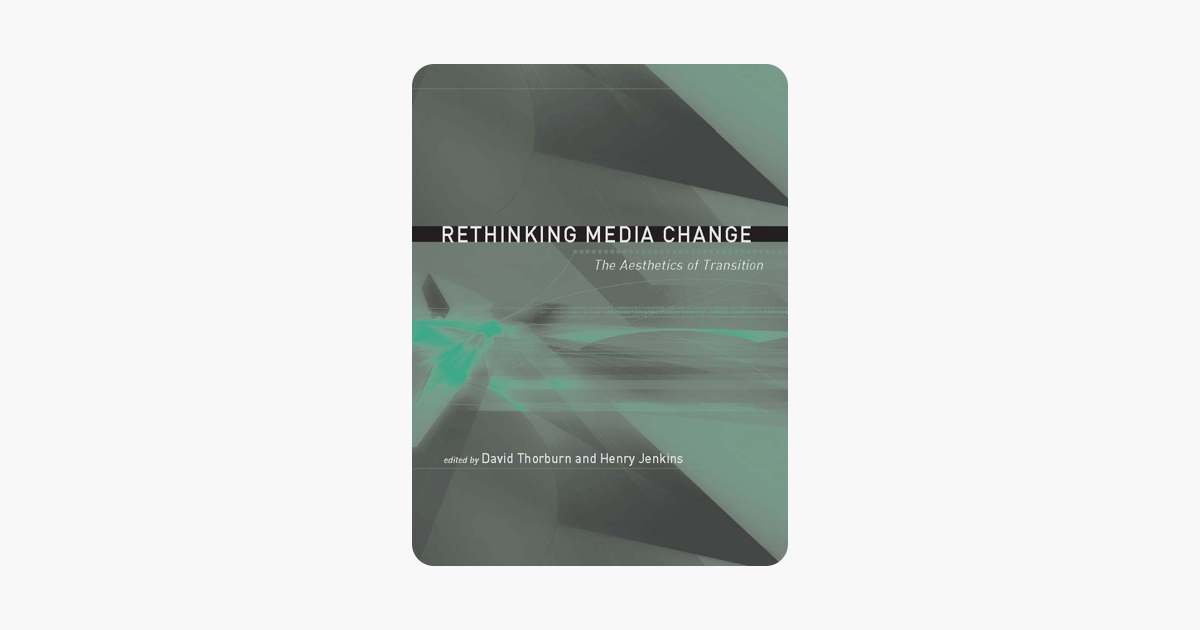